In September 2017, the World Forum Convergences, published the Microfinance Barometer 2017, which showcased global trends in the sector. 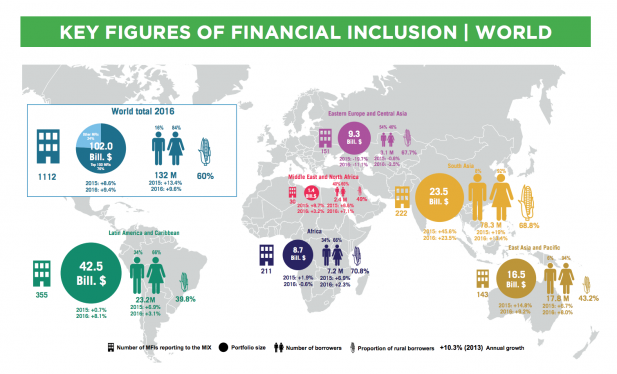 Some of the key figures highlighted by the Barometer are:

Microfinance: a dynamic and fast-changing sector
Women: drivers of diversification in microfinance
Financial Inclusion in Europe
Synergies between microfinance and impact investing: at a crossroads
You can access the full report here
http://www.convergences.org/wp-content/uploads/2017/09/BMF_2017_EN_FINAL-2.pdf
Share List